On Display at CES, Tech Ideas in Their Awkward Adolescence 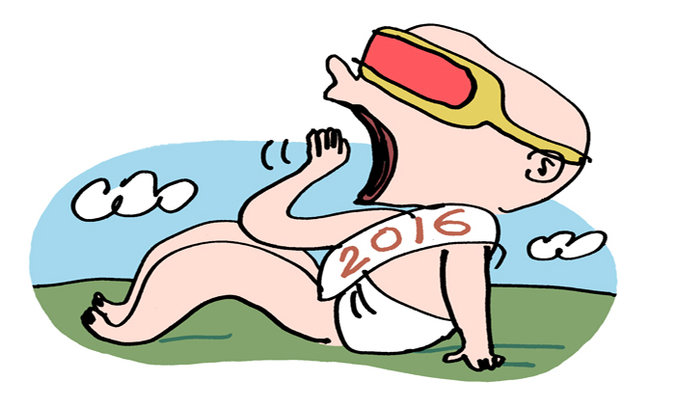 It’s a cliché for journalists to whine about International CES, the annual consumer electronics show that brings gadget-hounds and billionaires like a nerdy plague upon Las Vegas this week. As many have complained — yours truly included — CES long ago devolved into a noisy parade of puffed-up announcements that usually amount to nothing.

But if news from CES feels especially desultory this year, it might not be the show that’s at fault. Instead, blame the tech cycle. We’re at a weird moment in the industry: The best new stuff is not all that cool, and the coolest stuff isn’t quite ready.

It’s not that today’s tech is terrible — lots of potentially groundbreaking ideas are just around the corner. In product labs across the world, engineers and designers are working to turn a collection of annoying buzzwords — artificial intelligence, virtual reality, wearables, the “Internet of things,” autonomous cars and drones — into products that we find irresistible. They are all pushing the limits of what machines can currently accomplish, and working to come up with business models that customers will stomach. In time, after years of experimentation and incremental advances, many of these technologies might become mainstays.

But that future will take a few years to pan out. In the meantime, you can expect to be bombarded with early versions of tomorrow’s tech that are bound to feel janky and incomplete. Welcome to Prototype World, a brief intermission in your regularly scheduled program of disruption, during which everything new will more or less stink.

“It’s like the junior high years in technology,” said Ben Bajarin, an analyst at Creative Strategies. “We’re in those awkward teenage years where everything looks and feels funky.”

Over the next couple of CESes, there’s a good chance we will see a lot of devices that will feel not quite ready. Virtual reality will underwhelm, artificial intelligence will feel annoyingly unintelligent, and cars and drones that navigate themselves will seem safer when parked. There will be wearables you won’t want to wear and home devices that will make you want to buy a new place.

Top 5 – Technology That Has Changed The World